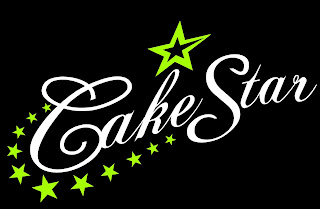 Sisters Barbara Accogli and Monja Chiaravalloti (aka @CakeStarGirlz on twitter) have made their
name creating stunning “Edible Art” around the GTA that Duff Goldman and The Cake Boss themselves would be proud of!

In true Roman fashion, their road to success is decorated with cakes both sinful (adult cakes to
make Charlie Sheen blush) and sweet (children’s theme cakes that would make Nonna proud).

Their cake creations have been commissioned by The CBC (“How Do you Solve a Problem Like
Maria” reality TV show), CP24 for Anne Rohmer’s Oscar themed Birthday, The Honda Indy

“Suits” (featured cupcakes by CakeStar this summer). This summer, the dynamic duo also
worked with area bakers at The Harbourfront Centre to break the World Guinness Record for

World’s “Most Layered Cake.” And they did it!

After a lifetime of being mentored by their father Nicola, an Italian master baker and pastry
alchemist at the family bakery, the sisters that bake together chose to stick together. Barbara
and Monja are pleased to invite you to their greatest work of art to date - their new

What: A delicious celebration, including an interactive “Mini Cake Pop” station, a cannoli making
station, and a demo with Monja decorating one of their amazing creations by hand. Start off the
night with some savoury treats provided by Barbara’s husband, Chef Carmine Accogli of

Toronto’s “The Big Ragu” restaurant and prepare to be sweetly enchanted.

Barbara Accogli (Edible Artist)
Barbara was born in Rome and raised in Toronto, Canada. She is the co-owner, baker and
edible artist for CakeStar Inc. She has been in the world of food all her life, and loves every
minute of it. The daughter of a pastry chef and an artist, she adopted her father’s love for the
kitchen with her mother’s love of art and fashion at an early age. Barbara has practically lived in
the family bakery for 26 years. This is where she played in her creative sandbox, baking and
learning from the masters. In 2011, a dream came true when CakeStar Sweet Boutique opened
its doors in Etobicoke. Barbara also co-owns The Big Ragu in Toronto, with her husband,
Carmine. Together, they have a daughter Amelie, named after the French movie! Barbara has
explored creative outlets such as interior design and jewelry making but cake is her favourite by
far! She is an entrepreneur, designer, blogger, developer, baker and overall executor – and
she’s ready to take on anything life throws at her, one cake at a time.

Born and raised in Toronto, Monja Chiaravalloti spent a great deal of her growing life in the
family business - an Italian Bakery. She attended college and worked in a variety of careers
such as personal training, a stint in a martial arts school and as a freelance makeup artist for
Indy films to name a few - only to come full circle later in life to help out at her family’s bakery
and discover the magic of cake art. Being self taught she learned primarily by trial and error,
punctuated with a few hands-on courses. A few years, she later partnered with her sister
Barbara to continue the family business with a focus on the modern art of today’s cakes. This is
how CakeStar was born! Monja has a beautiful son Julian who was diagnosed with Autism at an
early age. Today with lots of love and work, Julian's autism is mild. He is the inspiration behind
plans to incorporate special needs cake decorating classes and workshops at Cakestar.

• For More Information or to Interview Barbara or Monja- please contact: