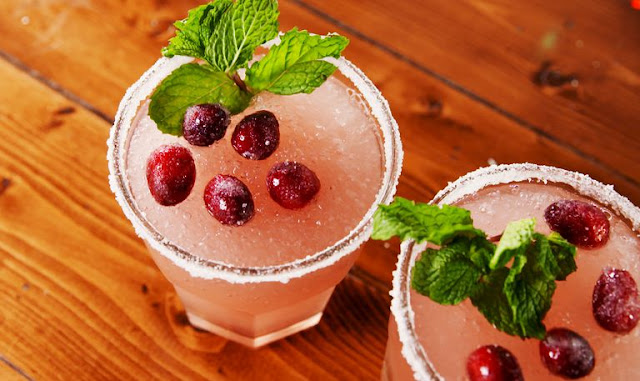 Posted by Everyday Living® at 11:08 AM No comments:

1 egg, beaten
Method:
Posted by Everyday Living® at 8:44 AM No comments:


Recipe
Posted by Everyday Living® at 7:54 AM No comments:

Troy Shantz
This fall has brought a perfect storm to Lambton County’s corn farmers.
The cool, wet weather since August has sparked an outbreak of vomitoxin that’s made some corn harvests here and across Southern Ontario unfit for consumption.
In high concentrations vomitoxin, which is produced by mould, is harmful to humans and livestock, said Don McCabe, the Lambton-Middlesex director for the Ontario Federation of Agriculture.
It’s forcing farmers to sell their yields at a heavy discount, if they can sell it at all.
“Farmers are taking a massive hit in revenue,” said McCabe. “All corn farmers are going to be affected by this.”
The Grain Farmers of Ontario sent an open letter to its 28,000 members last week saying the outbreak of the vomitoxin, called deoxynivalenol, or DON, is one of the worst it has ever seen.
“We consider this issue at a catastrophic level at this point and it is only getting worse,” the letter states.
Even ethanol producers like Sarnia’s St. Clair ethanol plant are hesitant to take heavily infected corn, McCabe said. Though it doesn’t impact the ethanol itself the by-product producers sell as livestock feed is toxic.
Corn loads that test positive for vomitoxin are discounted from 5% to 50% off the contracted price, depending on the level of vomitoxin detected.
The full extent of damage won’t be known until harvest is complete, McCabe said.
“It’s all over the county.”
Lambton County farmer Mark Lumley isn’t a fan of the way corn is evaluated using a test he calls subjective.
He said area farmers are averaging two to three parts per million of vomitoxin, a levels experts say is safe and lower than what’s showing up in some areas, he said.
“They suck about a cup full of corn from a 40-tonne truckload… grind it with a coffee grinder, add water and put in a strip of sensitive paper,” he said.
The colour the paper turns is supposed to determine the level of vomitoxin in the entire load.
“They’ve devised a discount schedule based on this subjective, highly variable and unrepresentative and unverifiable test,” he said.
“It’s unregulated by any third party like the government or grain commission.”
Lambton County has 122,000 acres in corn production and is among the top four corn producers in Ontario.
Posted by Everyday Living® at 8:49 AM No comments:

– Canadians have come to love shortbread as a classic holiday tradition, yet they are always looking for new, delicious and easy recipes for their holiday dessert trays. To provide Canadians with new ideas, Gay Lea Foods, the shortbread expert, has two new recipes that are sure to add to the joy of the holiday season.

“With more men spending time in the kitchen, we believe that both sweet and savoury shortbread will be popular this holiday season,” says Bernard Yeung, product manager at Gay Lea Foods. “Using a superior quality butter, like Gay Lea, will ensure the ultimate taste and texture for all your shortbread favourites.” Both recipes can be prepared in advance and will be sure to delight both friends and family:


• Banana Coconut Cream Shortbread Stack – Bring the retro back to your kitchen with these sensational holiday cookies. Layers of shortbread, filled with blissful custard and bananas, make this a delight your guests will love.

• Chipotle & White Cheddar Shortbread Cracker– A twist on the classic shortbread cookie, this savoury treat with a spicy kick is something both men and women alike will be excited to prepare and serve. These piquant shortbread crackers are easy to make, slice and bake and are a delicious accompaniment for wine or beer. 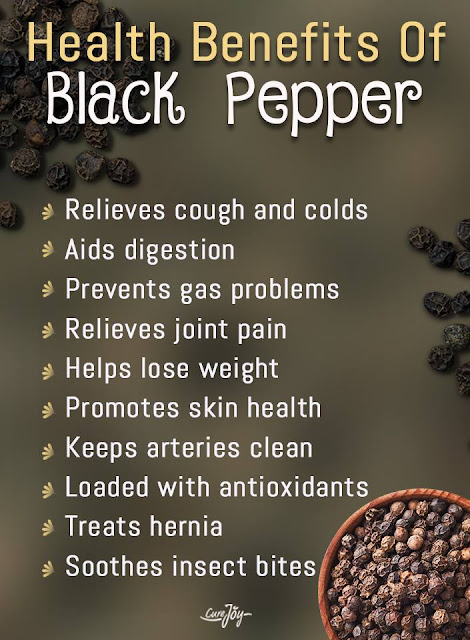 Posted by Everyday Living® at 3:28 AM No comments:


OTTAWA, Canada, Nov. 7, 2018 /PRNewswire-PRWeb/ -- Intouch Insight Ltd. ("Intouch") (TSXV: INX) (OTCQB: INXSF) today announced that it has added Internet of Things (IoT) capabilities to its suite of customer experience management (CEM) products and services. Intouch will use sensors and other devices to help location-based businesses collect real-time contextual data such as temperature, sound, and traffic, and identify how these elements impact purchase behavior, customer satisfaction and overall customer experience.
Location-based industries such as restaurant, retail, finance, and healthcare will gain tremendous value by leveraging Intouch IoT capabilities in their customer experience programs. All data collected through location sensors will be pulled into the Intouch reporting platform in real-time and compared with customer experience and sales data. Automated key driver analysis will identify which location conditions drive things like poor customer experiences and missed in-store sales opportunities, empowering businesses to make improvements to the physical environment of each location to deliver better experiences.
"At Intouch, our vision is Perfect Information. Instantly. Our new IoT capabilities help us deliver on this promise in an innovative new way by providing our customers with real-time intelligence that helps them understand how contextual data correlates to business outcomes like revenue, profit, upsell rates and customer satisfaction. This value equation is significantly enhanced with our Action Campaign™ technology, which provides both management and frontline employees with the data and tools to take action and measure the impact on business outcomes," said Ravi Puvan, VP Product Management, Intouch Insight.
For more information on Intouch Insight's new IoT capabilities and how contextual data can be used to help improve customer experience visit: https://www.intouchinsight.com/cx/listen/internet-of-things/
About Intouch Insight
Intouch Insight offers a complete portfolio of customer experience management (CEM) products and services that help global brands delight their customers, strengthen brand reputation and improve financial performance. Through its flagship SaaS product, LiaCX™, Intouch helps clients collect and centralize data from multiple customer touch points, gives them actionable, real-time insights, and provides them with the tools to continuously improve customer experience. Founded in 1992, Intouch is trusted by over 300 of North America's most-loved brands for their customer experience management, customer survey, mystery shopping, mobile forms, operational and compliance audits, and event marketing automation solutions. For more information, visit intouchinsight.com.
Certain statements included in this news release contain forward looking statements, which by their nature are necessarily subject to risks and uncertainties and other factors that may cause actual results, performance or achievements of the Company to be materially different from any future results, performance or achievements expressed or implied by such forward-looking statements. Such statements reflect the Company's current views with respect to future events, and are based on information currently available to the Company and on hypotheses which it considers to be reasonable; however, management warns the reader that hypotheses relative to future events which are beyond the control of management could prove to be false, given that they are subject to certain risks and uncertainties.
Neither TSX Venture Exchange nor its Regulation Services Provider (as that term is defined in policies of the TSX Venture Exchange) accepts responsibility for the adequacy or accuracy of this release.
For further information, please contact:
George Aizpurua
Vice President, Communications
First Canadian Capital Corp.
Tel: 647-500-2389/416-742-5600
gaizpurua@firstcanadiancapital.com
or
George Pretli
Chief Financial Officer
gpretli@intouchinsight.com
613-270-7916

SOURCE Intouch Insight
Posted by Everyday Living® at 5:04 AM No comments: 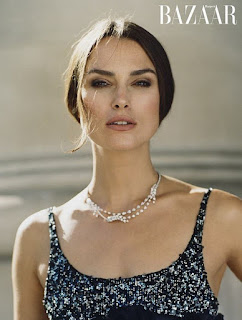 Posted by Everyday Living® at 4:34 AM No comments:

MUSKEGON, Mich., Nov. 01, 2018 /PRNewswire-PRWeb/ -- HyVIDA Brands, Inc., producer of the World's first Hydrogen-infused sparkling waters, announces a partnership with GIANT Food Stores, LLC, compromised of GIANT and MARTIN'S neighborhood supermarkets located in the Mid-Atlantic region. HyVIDA will be offered in more than 150 GIANT/MARTIN's locations.
"We are especially proud to partner with GIANT/MARTIN'S and its parent company, Ahold Delhaize," says Rick Smith, President and CEO of HyVIDA. "The company's recent pledge to remove all artificial ingredients, colors, or harsh chemicals in their own products is on point with HyVIDA's mission to create and deliver innovative, healthy beverages."
As one of the newest, fast-growth startups in the sparkling beverage industry, HyVIDA, launched on Amazon in May 2018, and has since added hundreds of independent, natural, and specialty retailers across the Northeast and Midwest regions.
HyVIDA's Hydrogen-infused sparkling water is the first of its kind due to its antioxidants properties, zero calories, and no sweeteners. HyVIDA is available in three varieties: Pure, Raspberry, and Lemon Lime.
"Hydrogen is a powerful antioxidant that has been proven in more than a thousand scientific studies to have a significant, positive impact on the mind and body," says Smith. "Hydrogen is the smallest molecule in the universe, and as a result, HyVIDA's infused Hydrogen and added magnesium electrolytes deliver significant functionality and an extremely smooth bubbly taste experience."
GIANT Food Stores, LLC is comprised of over 170 GIANT and MARTIN's neighborhood supermarkets, focused on offering transparent, healthy, product options.
For more information on HyVIDA, visit: hyvida.com. For digital press kit items, visit: bit.ly/HyVIDAPressKit.
About HyVIDA Brands Inc.
HyVIDA Brands is an early-stage, award-winning beverage company that is pioneering Hydrogen Infused Sparkling Waters and related beverages that offer healthy lifestyle benefits due to hydrogen's unique antioxidant properties.
Launched in 2018 by experienced medical technology entrepreneurs, both the HyVIDA headquarters & research facility are located in Muskegon, Michigan. HyVIDA has a robust intellectual property portfolio including multiple patent applications and trade secrets that enable low-cost highly scalable hydrogen infused beverages.
In partnership with Cascadia Managing Brands, HyVIDA is selling its RTD beverages in the natural, specialty, and e-commerce sales channels. For more information, visit: hyvida.com.

Posted by Everyday Living® at 6:47 AM No comments: