Preheat oven to 375°F (190°C). Butter large baking sheets or line with parchment paper.
In a large bowl, using an electric mixer, beat butter, brown sugar, sugar and vanilla until fluffy. Beat in egg. Add flour, baking soda and milk and stir with a wooden spoon until blended. Stir in chocolate chips.
Drop by heaping tablespoonfuls (15 mL) onto prepared baking sheets, at least 3 inches (7.5 cm) apart.
Bake, one sheet at a time, for 10 to 15 min or until golden around the edges and set in the centre. Let cool on sheets for 2 min, then transfer to racks to cool.

Posted by Everyday Living® at 8:27 AM No comments:

Baked Broccoli Cheese Balls - outrageously delicious as a meal or bites to serve at a gathering! Served with a Yoghurt Lemon Sauce.

You'll be surprised how much broccoli is crammed into these! They certainly don't taste healthy - but they are. They are juicy and moist inside, golden on the outside, they stay pretty round after baking, and are gorgeous to serve as a vegetarian main or as bites! Serves 3 - 4 as a main. Recipe video below and Gluten Free option in notes.
Servings: 3
Calories: 374 kcal
Author: Nagi 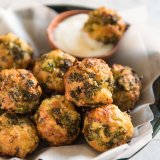 Ingredients
Garlic Lemon Yoghurt Sauce:
Instructions
Notes
1. This can be made with fresh or frozen broccoli. If using fresh, you'll need 1 giant head or 2 medium heads. Ensure the broccoli is cooked until soft so it is easier to “mash” and mould into meatball shapes.
Chopping and cooking fresh broccoli: Cut the florets off the broccoli then break up into medium pieces. Cut the thinner stem into about 2.5cm / 1 inch pieces. If you want to use the thick main stem, peel the outer skin (which is tough) then cut into 2.5 cm / 1” x 1cm / 2/5” batons. Boil water in a large saucepan (or do this step in a steamer). Plonk the stems in first, cook for 2 minutes. Then add the florets and cook for 3 minutes, or until soft. Drain well.
2. Storing: Cool then place in an airtight container. For a quick reheat, use the microwave, or otherwise reheat in the oven. These also freeze well once cooked, thaw then reheat at 180C/350F for about 5 minutes. Can be made ahead, form balls, then refrigerate (not freeze), then bake later.
3. Pictured in the photo in post with: Lemon Rice Pilaf and quick sautéed kale (tear off a few handfuls of kale, rip leaves off the tough centre stem, tear into bite size pieces. Saute in a bit of oil with a handful of pre shredded carrots (I always have Just Veg from Woolies on hand), season with S&P and finish with a sprinkle of crushed almonds.
4. GLUTEN FREE OPTION: Sub breadcrumbs with 3/4 cup almond meal.
5. Nutrition is for 1/3 of the recipe which is a meal size serving (for an adult). Gluten free option: increases to 387 calories, carbs decreases to 17g. 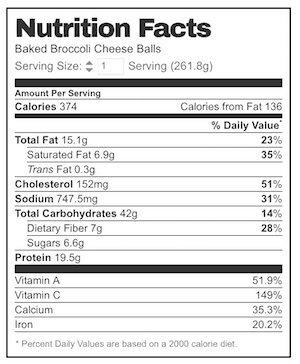 https://www.recipetineats.com/baked-broccoli-cheese-balls/
Posted by Everyday Living® at 3:30 AM No comments: 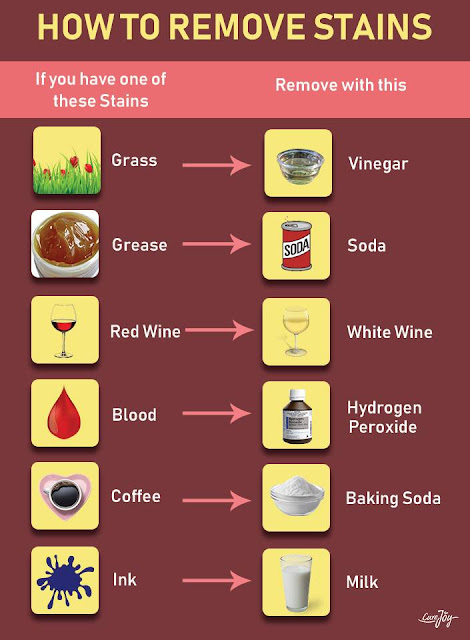 Posted by Everyday Living® at 5:55 AM No comments:

Breaking down barriers for Canadians with disability

Posted by Everyday Living® at 7:47 AM No comments: 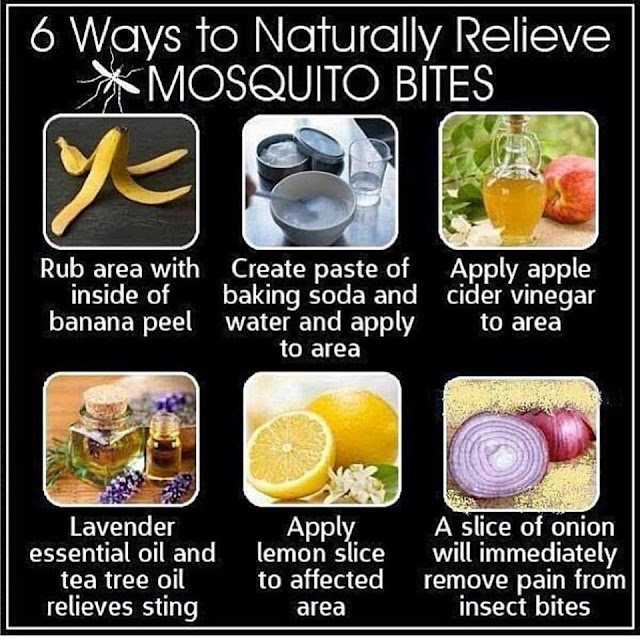 Posted by Everyday Living® at 6:21 AM No comments:


Posted by Everyday Living® at 5:54 AM No comments: 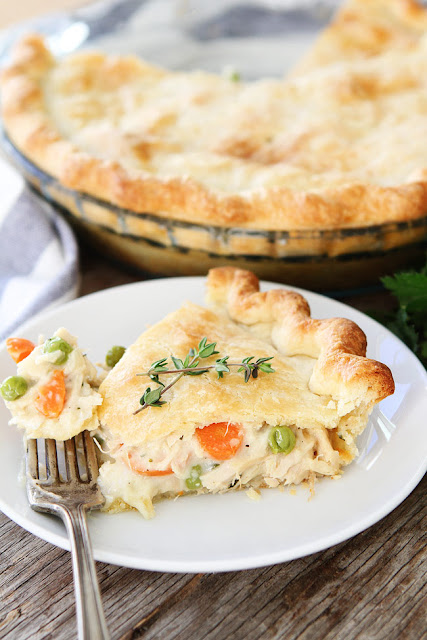 https://www.twopeasandtheirpod.com/chicken-pot-pie/
Posted by Everyday Living® at 4:30 AM No comments:

One of the biggest offshore corporate tax-avoidance cases in Canada 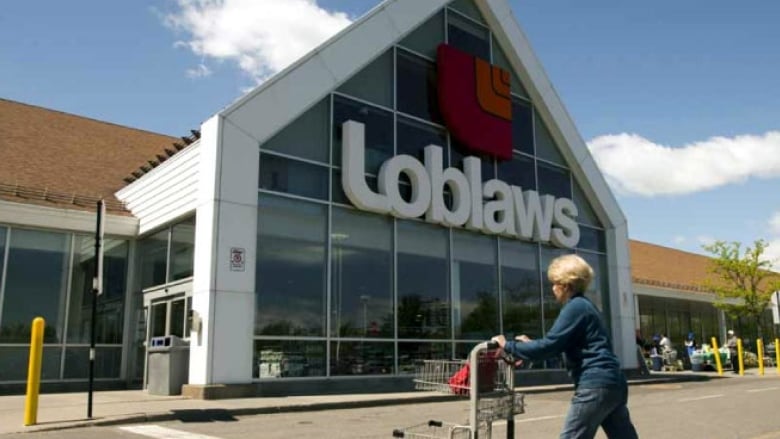 A four-week-long Tax Court trial will weigh the government's claim that Loblaws took steps to have a Barbados-based subsidiary appear to be a foreign bank in order to avoid paying tax. (CBC)

A senior judge warned Loblaws and the federal government this morning that she would not look kindly on any further procedural delays in a $400-million battle the two sides are waging in Tax Court.
Loblaws and the government were in a Toronto courtroom in one of the biggest offshore corporate tax-avoidance cases in the country, with authorities alleging the grocery conglomerate set up a bogus foreign bank to avoid tax on hundreds of millions of dollars in investment income.
The case has been brewing since 2015 and is slated for a full trial in April — more than a year after the originally scheduled start date, due to a series of procedural squabbles.
"I do not want to have to adjourn this again," Associate Chief Justice Lucie Lamarre cautioned both sides on Wednesday.
At stake for Loblaws is a huge potential tax bill: $404 million, including interest, penalties and provincial income tax, according to documents related to the case.
"These are all big numbers," said Peter Baek, a Toronto tax litigator and former senior CRA auditor experienced with offshore tax rules.
Loblaws is facing scrutiny on other fronts as well, including its recent admission to a price-fixing scheme on the sale of bread in Canada, as well as revelations in the Paradise Papers exposing the company's use of offshore havens to shield profits.

The tax battle has its roots back in 1992, when Loblaws incorporated a regular offshore company in Barbados initially called just Loblaws Inc. A little over a year later, the subsidiary changed its name to Glenhuron Bank Ltd. and obtained a Barbados banking licence.
Loblaws funded Glenhuron Bank largely with money from other arms of its global grocery business. Glenhuron Bank then used the money to invest in financial derivatives including interest and currency swaps, earning hundreds of millions of dollars in income.
Normally, those profits could legally avoid income tax in Canada under an exemption for the investment earnings of Canadian-owned foreign banks. 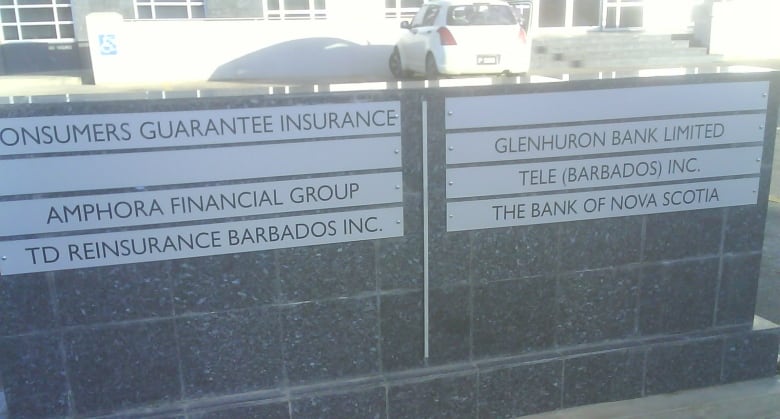 The name of Glenhuron Bank Ltd., the Loblaws subsidiary at the centre of the trial, is listed on the directory at the CGI Tower in Warrens, St. Michael, Barbados, as seen on 13 December 2010. (CaribDigita/Wikimedia Commons)
But not so fast, auditors for the Canada Revenue Agency said as they reassessed the 2001 to 2010 tax filings of Glenhuron Bank's Canadian parent, another Loblaws subsidiary. They determined Glenhuron Bank, known as GBL, shouldn't qualify for the exception.
"GBL's activities did not constitute banking or a banking business," the government alleges in its court filings. "GBL was not in the business of providing financial services."
The filings claim Glenhuron Bank got its seed money from "the diversion" of more than $470 million US from other Loblaws entities, in the Netherlands and in Delaware. If that money had stayed in the hands of those entities, any earnings would have been taxed, the government claims.
What's more, the government alleges Loblaws deliberately swapped the name of its Barbados entity from Loblaws Inc. to Glenhuron Bank, and then applied for a banking licence, solely "to obtain tax benefits."
"The purposes of the series of transactions... were to have GBL appear to be a foreign bank in Barbados in order to circumvent" parts of the Income Tax Act, filings state.

Loblaws denies all those claims, saying Glenhuron Bank legitimately qualifies as a regulated foreign bank under the Income Tax Act and the Bank Act.
"Glenhuron Bank was a regulated foreign bank that earned income outside of Canada. Canadian tax policy and law says that the income of regulated foreign banks is not taxable in Canada," the company said in a statement Tuesday evening. "Therefore, our position is that Glenhuron Bank's income was not taxable in Canada. The CRA disagrees."
The case is set for a three-week trial this spring, after more than a year of procedural wrangling.
The government at one point claimed that a vice-president at Loblaws parent company George Weston Ltd. "was unable or unwilling to answer many questions" during pre-trial discovery hearings. Later, a judge was brought in to referee during one of the discovery sessions — a rare but not entirely unusual step.
At another point, a judge "express[ed] alarm" during a pre-trial conference at the number of unresolved questions between the government and Loblaws, according to minutes in the court file.
Finally, in November, the government filed a motion demanding that Loblaws go to the top, to billionaire CEO Galen Weston Jr., to get answers to some of its pre-trial discovery questions about "the purpose for which GBL was established and the activities of GBL during the years at issue." The government ended up withdrawing its motion after Loblaws provided additional information.
Tax lawyer Baek said the back and forth is not surprising.
"I can see how, especially with the amount they're looking at here, there could be lots of procedural fighting."
Posted by Everyday Living® at 9:08 AM No comments:

The Paleo Recipe Book comes with a collection of bonus features that make
it an even better investment for anyone serious about embracing the Paleo
lifestyle. The meal plan feature, which covers 8 weeks of meals and snacks,
is geared toward those looking for a simple introduction to the diet. Meal
planning is also tremendously helpful for those with hectic schedules.
Unlike many Paleo guides, The Paleo Recipe Book makes room for sweets
with a selection of 15 delectable desserts. Yet another bonus feature is the
assortment of 30 simple, fast Paleo recipes that can be lifesavers when
crunched for time and starving.
The Paleo Recipe Book also includes a handy guide to herbs and spices,
along with cheat sheets for some of the diet's challenging aspects, such as
portion sizes, Paleo flours and thickening agents, and the use of coconut milk.

A cheat sheet entitled "troubleshooting" Paleo helps cooks solve common kitchen challenges.
The theory underlying the Paleo diet is that agriculture and domesticated animals
are relatively new phenomena in the history of homo sapiens. Instead, for most of the
species' existence, people consumed only what could be hunted or gathered locally,
which included ample amounts of meat and certain varieties of fruits and vegetables.
From this point of view, modern diets contain a profound imbalance of nutrient
s that human digestive systems are not designed to accommodate.
Advocates of the Paleo diet see it as a solution to many of the chronic health problems
facing society today, including obesity, diabetes, heart disease and a variety of
autoimmune disorders and food intolerances. Paleo entails ditching grains and other
processed foods; a good rule of thumb is to shop at the margins of grocery stores
and avoid the aisles. Natural, saturated fats and animal proteins are the foundation
of the Paleo diet. Dairy, added sugar and artificial ingredients, on the other hand,
should be removed from the menu.

The creators of The Paleo Recipe Book are confident that everyone will find
something to love in its pages. Nevertheless, buyers are fully covered by a 60-day,
no-questions-asked money back guarantee.

About the Author
Sebastien Noel is the author of the Paleo Recipe Book. He believes that anyone
can improve his or her health and wellbeing tremendously with simple diet and lifestyle
changes, and he thinks that health is key to a happy and fulfilled life.
Posted by Everyday Living® at 6:04 AM No comments: