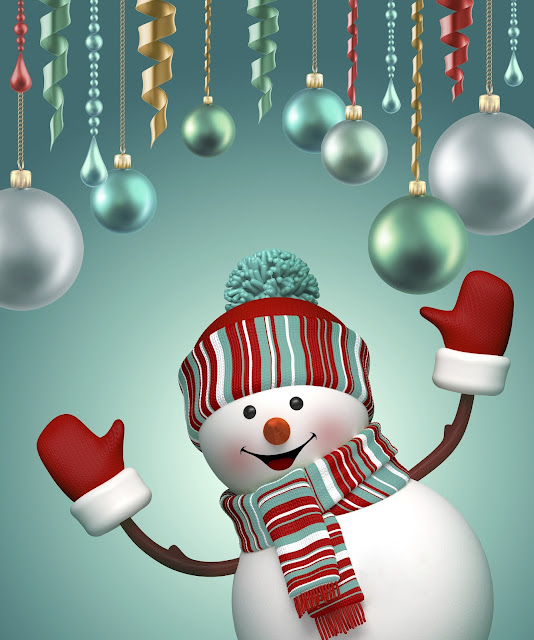 Lovey's Brand Creates Must Have "All-Natural" Products for Kids!

The options are endless when it comes to taking care of your baby’s diapering needs, but for parents craving a natural solution for their child’s sensitive skin, Lovey’s makes the decision easy.
The Lovey's brand offers parents all-natural products like the Tushi Wash and Tushi Stick to protect their child’s delicate skin and avoid harsh chemicals.

“We don’t claim to be natural and then sneak in chemicals,” says Lovey’s creator Marcie Weinstein “We scrutinize our ingredients carefully before deciding what is going to go on your baby’s tushi.”
The Tushi Wash comes in a convenient spray bottle to lightly mist your baby’s washcloth before cleaning their bum. The gentle, natural cleansers and soothing ingredients in the spray reduce the chance of irritation and redness, and the bottle includes a trigger lock that makes it suitable to toss into the diaper bag without worrying about spills and leaks.
Also great for the diaper bag is the lab-tested Tushi Stick. This product renders chemical-laden diaper rash creams unnecessary due to its natural preservatives. These preservatives kill the bacteria on your baby’s skin and the stick itself. The applicator allows parents to keep their hands clean while the natural diaper ointment works to ease the irritation of diaper rash while moisturizing their baby’s skin.
Both the Tushi Wash and Tushi Stick can be used with disposable diapers, cloth diapers, and reusable wipes, and have both been proven effective for babies with sensitive skin.  The wash is just $12.99, and the stick is $16.99.

Posted by Everyday Living® at 6:52 AM No comments:

Firmenich Names Coconut the 2016 'Flavor of the Year'

- Firmenich has announced that coconut is the Flavor of the Year for 2016. Used for centuries in Southeast Asian cuisine, coconut was only embraced globally in
the last decade. Before, in much of the Western world, coconut would mainly conjure
up images of sugary-sweet cocktails such as Pina Coladas. It wasn't until coconut
water hit the shelves en masse between 2005 and 2008 that the world took serious
notice. Since then, coconut has continued to increase its presence in the food and
beverage world and its popularity shows no sign of slowing. "Coconut in general is
benefiting from being 'on-trend' on a number of fronts, and coconut flavored
variants as a whole can be expected to continue to grow across the food and
drink sector," says Chris Brockman, Senior Food and Drink Analyst at global
market intelligence agency Mintel.
Firmenich believes the appeal of coconut lies in consumers' attraction to the
feelings of balance and well-being that coconut evokes. The company notes
that in the U.S., coconut water first appeared in yoga studios, and the association
between wellness and coconut has remained strong. We live in a chaotic
world, faced with an abundance of stimuli, and as this way of life continues,
Firmenich predicts consumers will continue gravitating to the calmness of coconut.

The Power of Coconut

Coconut, which is in fact a seed and not a nut, can have flavor described as
anything from toasted and sweet, to creamy and lactonic, to fatty and fresh.
As with most perennial favorites, this versatility is part of the appeal. One
reason for the variety of coconut flavors is that there are many ways to
consume coconut, depending on the maturity of the seed. For example in
non-Asian cultures, the sweetness that was traditionally associated with
coconut reflects the flavor of the meat, which develops over time and
represents a riper seed.

The proliferation of coconut water introduced much of the world to
an entirely new way to experience coconut flavor: young and fresh.
Now that the world has embraced all that coconut has to offer, the flavors
have become consumer favorites.  "This new generation of coconut
flavors in particular is modern and redefined, adding freshness and
giving a different spin to products if compared to the
well-established 'classic coconut' flavors," says Gerry Van Gerven,
Senior Flavorist at Firmenich in Thailand.

Coconut is also a great team player, happy to take a supporting flavor role.
Firmenich notes the popularity of combining other flavor profiles with coconut.
"Great examples are coconut with vanilla, coffee and chilies, while fruits
like pineapple, lychee, and mango are great blenders for
drink concepts," says Van Gerven. "But coconut flavors and
fusions can be applied across numerous categories beyond
drinks, from bakery and confectionary, to dairy and savory, you
name it and we can make coconut work!"

The World of Coconut

Since 2010, the number of coconut flavored food and drink products
introduced on the market globally has increased by 121%1, with an
annual growth rate of 17%. This surge in product launches includes
soups and sauces; coconut chips (both sweet and savory); popcorn
and trail mix; coconut oil chews; and much more. Not to mention a
coconut beverage craze that's blossomed well beyond water
including coconut-flavored coffee, tea, vodka, milks and sparkling water.

Preference for coconut extends beyond packaged products. Firmenich
trend spotters note coconut on menus in innovative dishes such as
prosciutto-wrapped duck confit with white bean and apricot puree
finished with fresh shaved coconut. In Brazil, the fifth largest coconut
producing country, world-renowned chef Alex Atala has created a
signature dish with coconut at his Sao Paulo restaurant D.O.M,
recipient of two Michelin stars: scallops cooked with coconut milk,
aromatic pepper oil (flavored with cachaca, vinegar and rosemary),
crispy mango and Brazil nuts.
"Coconut is a fantastic flavor for savory dishes. It works well in soups
and sauces, and pairs beautifully with all four of the main animal proteins:
fish, chicken, beef and pork, which is rare," says Stefano Marciano,
a TechnoChef in the Savory group at Firmenich. "It adds a layer of
complexity and depth to whatever you are cooking which makes it a
fun flavor to work with as a chef."
What's more, as an ingredient, coconut has become a holy grail
within the "free-from" circles: coconut flour allows for gluten-free baking;
coconut aminos are touted as a soy-free alternative to soy sauce; and
cultured coconut milk has found a place on the shelves as a dairy-free
alternative to traditional yogurt. Search the internet for coconut and
you'll click through endless pages of recipes for everything from
coconut milk pancakes to coconut ranch dressing and beyond.
There doesn't seem to be anything that this mighty seed can't do!

What Started with Water Now Knows No Bounds

What some saw as just a passing fad with coconut water has now
flourished beyond what trend forecasters could have predicted.
Coconut water brands are expanding globally and new coconut-flavored
products continue to enter the market. Feelings of balance and
well-being remain of great importance to customers and Firmenich is
confident coconut's appeal will only grow in 2016.

To respond to this ever increasing demand, Firmenich has used its
creative and technical expertise to develop inspiring flavor
applications with authentic tasting coconut for its food and beverage
customers all around the world.

Firmenich is the world's largest privately-owned company in the
fragrance and flavor business. Founded in Geneva, Switzerland,
in 1895, it has created many of the world's best-known perfumes
and flavors that billions of consumers enjoy each day. Its passion
for smell and taste is at the heart of its success. It is renowned for
its world-class research and creativity, as well as its thought
leadership in sustainability and exceptional understanding of
consumer trends. Each year, it invests 10% of its turnover in
R&D, reflecting its continuous desire to understand, share and
sublimate the best that nature has to offer. Firmenich had
an annual turnover of 3.0 billion Swiss Francs at end June 2015.

More information about Firmenich is available at www.firmenich.com.

Posted by Everyday Living® at 5:51 AM No comments: 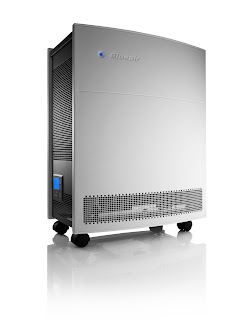 “The findings by a medical research team at the prestigious School of Public Health at Shanghai’s Fudan University come at a propitious moment as outdoor air pollutions hits outrageously high levels in cities across China, India and elsewhere,” said Bengt Rittri, founder and CEO of Blueair, a world leader in mobile indoor air purification technologies. He said the research confirms Blueair’s contribution to helping people stay healthy and in top condition at home and work regardless of outside or inside air contamination.
According to the Fudan University researchers, the study – recently published in the Journal of the American College of Cardiology – ‘demonstrated clear cardiopulmonary benefits of indoor air purification among young, healthy adults in a Chinese city with severe ambient particulate air pollution’. The authors added that one could expect even larger heart and lung benefits of air purification among particularly vulnerable people such as the young or elderly.
The study also rejected the notion that people could escape indoors to avoid outdoor pollution. The researchers found that closing doors and windows barely reduced health hazardous PM2.5 concentration, while use of an air purifier ‘efficiently reduced’ the amount of the fine particles in the indoor air resulting in improved heart and lung function.
Mr. Rittri noted that earlier this year a Blueair 503 air purifier won top marks for ‘extreme efficiency’ in cleaning indoor air of potentially health-threatening pollutants in an independent test using state-of-the-art equipment carried out by a leading U.S. airborne particle physicist and former NOAA scientist on behalf of Fast Company Magazine.
“As ordinary citizens there is little we can do to immediately tackle the wide issues of climate change and pollution, but as the Fudan University research shows we can take steps to protect and improve our health and wellbeing simply by creating safe indoor havens using an air purifier,” Mr. Rittri said.

About Blueair
Sold in over 60 countries around the world, Blueair delivers home and office users clean indoor air for enhanced health and wellbeing faster than any competing air purifier. Thanks to its high-performance tech­nology, energy economy, and eco-friendly design, a Blueair air purifier works efficiently and silently to remove up to 99.97% of allergens, asthma triggers, viruses, bacteria and other airborne pollutants. http://www.blueair.com
Posted by Everyday Living® at 5:00 AM No comments: 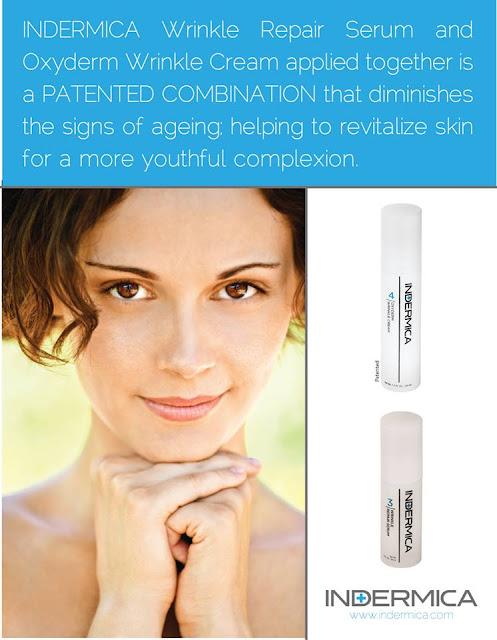 Posted by Everyday Living® at 5:59 AM No comments: 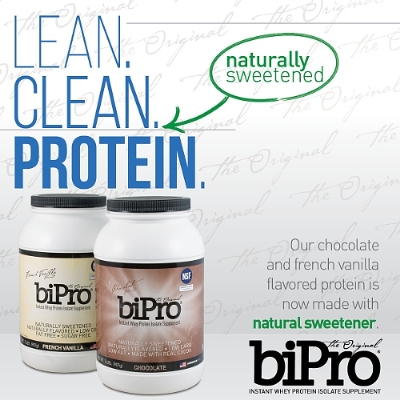 The slight alteration to BiPro's line of flavored whey protein isolate will not change the
products' top-notch nutritional profile or great taste. BiPro USA decided to alter
the ingredients in its chocolate and French vanilla iterations after an overwhelming
number of consumers expressed interest in a more natural whey protein.

"We are very excited to add natural sweeteners to BiPro's flavored whey protein isolates,"
said Polly Olson, vice president of new business development, marketing and sales at
Davisco. "Our product was already one of the highest quality proteins available in the
world and carried a strong amino acid profile. Now it is naturally sweetened and
naturally flavored, which will meet the demands of our customers. Flavored BiPro
is now better than ever before."

BiPro USA is the consumer division of Davisco, a business unit of Agropur inc.

To learn more about BiPro, check out our FAQ page.

www.BiProUSA.com
Posted by Everyday Living® at 5:00 AM No comments:


Posted by Everyday Living® at 5:00 AM No comments: