Holistic Health Articles and Research Related to Herbal Medicines, Foods and Phytochemicals : Ursolic Acid, A Potential Breast Cancer Therapy: By Kyle J. Norton Breast cancer is a medical and chronic condition caused by cell growth irregularly and uncontrollably in the breast tiss...
Posted by Everyday Living® at 5:20 AM No comments:

NobleSpirit Partners with Spellman Museum of Stamps and Postal History 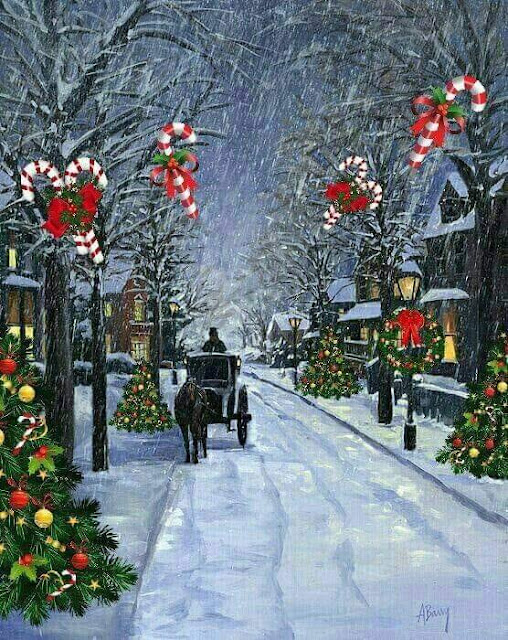 Posted by Everyday Living® at 6:43 AM No comments:

Read our latest coverage of the coronavirus outbreak

England’s health secretary, Matt Hancock, has told parliament that a new variant of covid-19 has been identified and may be driving infections in the south east, leading to headlines about “mutant covid.” Jacqui Wise answers some common questions

What do we know about this new SARS-CoV-2 variant?

It’s been snappily named VUI-202012/01 (the first “Variant Under Investigation” in December 2020) and is defined by a set of 17 changes or mutations. One of the most significant is an N501Y mutation in the spike protein that the virus uses to bind to the human ACE2 receptor. Changes in this part of spike protein may, in theory, result in the virus becoming more infectious and spreading more easily between people.

How was the variant detected?

It was picked up by the Covid-19 Genomics UK (COG-UK) consortium, which undertakes random genetic sequencing of positive covid-19 samples around the UK. The consortium is a partnership of the UK’s four public health agencies, as well as the Wellcome Sanger Institute and 12 academic institutions.

Since being set up in April 2020 the consortium has sequenced 140 000 virus genomes from people infected with covid-19. It uses the data to track outbreaks, identify variant viruses, and publish a weekly report (https://www.cogconsortium.uk/data/).

How common is it?

As of 13 December, 1108 cases with this variant had been identified in the UK in nearly 60 different local authorities, although the true number will be much higher. These cases were predominantly in the south east of England, but there have been recent reports from further afield, including Wales and Scotland.

Nick Loman, professor of microbial genomics and bioinformation at the University of Birmingham, told a briefing by the Science Media Centre on 15 December that the variant was first spotted in late September and now accounts for 20% of viruses sequenced in Norfolk, 10% in Essex, and 3% in Suffolk. “There are no data to suggest it had been imported from abroad, so it is likely to have evolved in the UK,” he said.

Does this variant spread more quickly?

Matt Hancock told the House of Commons on 14 December that initial analysis showed that the new variant “may be associated” with the recent rise in cases in southeast England. However, this is not the same as saying that it is causing the rise.

Loman explained, “This variant is strongly associated with where we are seeing increasing rates of covid-19. It’s a correlation, but we can’t say it is causation. But there is striking growth in this variant, which is why we are worried, and it needs urgent follow-up and investigation.”

Is mutation to be expected?

SARS-CoV-2 is an RNA virus, and mutations arise naturally as the virus replicates. Many thousands of mutations have already arisen, but only a very small minority are likely to be important and to change the virus in an appreciable way. COG-UK says that there are currently around 4000 mutations in the spike protein.

Sharon Peacock, director of COG-UK, told the Science Media Centre briefing, “Mutations are expected and are a natural part of evolution. Many thousands of mutations have already arisen, and the vast majority have no effect on the virus but can be useful as a barcode to monitor outbreaks.”

Is the new variant more dangerous?

We don’t know yet. Mutations that make viruses more infectious don’t necessarily make them more dangerous. A number of variants have already been detected in the UK. For example, the D614G variant is believed to have increased the ability of the virus to be transmitted and is now the most common type circulating in the UK, although it doesn’t seem to result in more severe disease.

Public Health England’s laboratory at Porton Down is currently working to find any evidence that the new variant increases or decreases the severity of disease. Susan Hopkins, joint medical adviser for NHS Test and Trace and Public Health England, said, “There is currently no evidence that this strain causes more severe illness, although it is being detected in a wide geography, especially where there are increased cases being detected.”

Will the vaccine still work?

The new variant has mutations to the spike protein that the three leading vaccines are targeting. However, vaccines produce antibodies against many regions in the spike protein, so it’s unlikely that a single change would make the vaccine less effective.

Over time, as more mutations occur, the vaccine may need to be altered. This happens with seasonal flu, which mutates every year, and the vaccine is adjusted accordingly. The SARS-CoV-2 virus doesn’t mutate as quickly as the flu virus, and the vaccines that have so far proved effective in trials are types that can easily be tweaked if necessary.

Peacock said, “With this variant there is no evidence that it will evade the vaccination or a human immune response. But if there is an instance of vaccine failure or reinfection then that case should be treated as high priority for genetic sequencing.”

This article is made freely available for use in accordance with BMJ's website terms and conditions for the duration of the covid-19 pandemic or until otherwise determined by BMJ. You may use, download and print the article for any lawful, non-commercial purpose (including text and data mining) provided that all copyright notices and trade marks are retained.

https://bmj.com/coronavirus/usage
Posted by Everyday Living® at 9:57 AM No comments:

Senior Fellow
Frontier Centre for Public Policy
Seven months since COVID-19 was declared a pandemic, against evidence and common sense, media, elected officials and health experts continue peddling the panic that gripped them in March.
Almost daily, headlines announce new records in the number of COVID-19 cases. The federal health minister, the chief medical officer and the prime minister are ringing bells about a second COVID-19 wave. They renewed calls for stricter measures short of another devastating lockdown, and the provinces followed suit.
Despite the contradictory details, panic is what threads the inconsistencies in their messages.
This panic didn’t arrive with the first few COVID-19 deaths. Let’s recall that all three public officials initially assured us the risk for Canada was very low. Rather, the panic followed the release of statistical models. They didn’t know better when dread replaced common sense. There was no reliable data. The World Health Organization (WHO) and Chinese numbers couldn’t be trusted, and images from Spain and Italy painted a grim picture.
So governments resorted to theoretical models. Using British epidemiologist Neil Ferguson’s model that predicted tens of millions of deaths from COVID-19, lockdowns were imposed.
Based on such models, the federal government’s predictions released on April 9th warned of 44,000 deaths across Canada. Two days earlier, Albertans heard about the possibility of as many as 6,600 deaths for the province, a figure only one digit shy of full apocalyptic symbolism.
The models were wrong, and so were most decisions issued from them.
Let’s remind ourselves that governments chose to lock us down so that the health system would not be overwhelmed.
That was then. With sorrowful hearts and without minimizing the losses, we know better now.
Fresh data rolls in daily. These data tell a story that doesn’t justify the continued panic, the restrictions trampling liberties, the orders killing businesses, and the health directives making public health even worse. Even with the current case resurgence in mind, they don’t justify the levels of hardship, suffering and deaths resulting from government lockdown policies.
Spain, one of the hardest-hit countries, has 88 per cent less casualties during the second wave of infections than it experienced in March having similar numbers of cases. Belgium, the European country with the worst mortality rate per population, has now 95.5 per cent fewer deaths on the average than at the spring peak, even though the second infection wave is larger. The same pattern can be seen for Italy and many other countries.
Canada’s second-wave infections are now more numerous than at the May peak, but with 80 per cent fewer deaths. The trend of increased infections, in other words, won’t overwhelm health systems. The overwhelming problem is moral panic among decision makers.
Sweden, which refused to panic and didn’t lockdown, is in even better shape. It’s also experiencing a resurgence in infection cases. But with only half the size of the peak numbers now than it had in June, deaths are 98 per cent fewer than in the spring. Overall, the fears of a worse second wave are unfounded. Furthermore, Sweden’s unique case demonstrates that the government-imposed lockdown experiments are largely irrelevant to the advance or slowdown of COVID-19 infections.
Let’s protect the people at risk and let’s do it well. The provinces that are driving the second wave in Canada still have a significant number of infections shamefully continuing in long-term care facilities.
The time has come to stop obsessing about the number of cases, even if they’re rising. Cases don’t equal hospitalizations and they don’t equal deaths. The time has come to stop being led by panic.
There’s ample evidence that the lockdown policies governments imposed on Canadians have increased a host of social and economic evils that may be worse than the disease they sought to prevent. They’re corrupting parliamentary traditions, undermining democratic practices, curtailing the powers of Parliament, and undermining national health and the national economic interest.
They have contributed to bankrupting businesses, killing jobs, heaping mountains of debt, vaporizing savings, fostering spikes in numbers of suicides, drug overdoses, family breakdowns, domestic violence, child abuses and much more.
The continued but misplaced fear about case numbers doesn’t justify fostering the growing litany of government-inflicted miseries.
Marco Navarro-Génie is a senior fellow with the Frontier Centre for Public Policy and the president of the Haultain Research Institute. He is co-author, with Barry Cooper, of the upcoming COVID-19: The Politics of a Pandemic Moral Panic.
© Troy Media
Posted by Everyday Living® at 12:30 PM No comments:

Remove Pet Hair From Carpet With A Squeegee 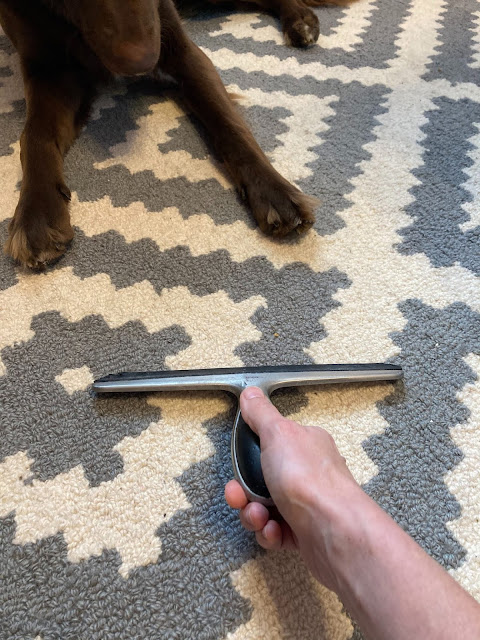 Posted by Everyday Living® at 5:35 AM No comments: