The InterLock™ is a bicycle seat post with an integrated lock that is also universal in that it can be installed on virtually any bike. Currently, The InterLock™ is running a crowdfunding campaign on Kickstarter in order to raise the funds necessary to manufacture the product.

Solgaard Design, the creator of The InterLock™, launched the project on Kickstarter January 4, 2013 and set their funding goal to $48,000. Right away, the campaign took off like wildfire, selling out their early bird special of InterLock™. Currently, the project has raised $46,000 and has just one day remaining in the campaign to raise the other $2,000 in order for the project to move forward. 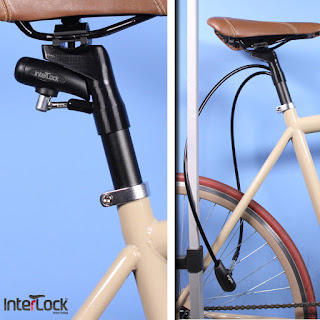 Posted by Everyday Living® at 8:00 AM