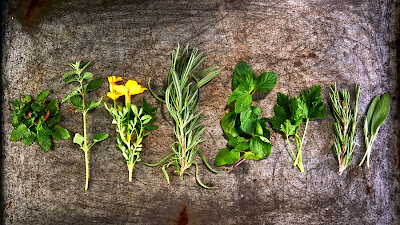 Look: mosquitoes are awful. They may be great food for birds and bats, but you don’t want them hanging around your backyard. You also don’t want to cover yourself in harsh chemicals to repel them. So, aside from making your property less friendly to the buggers by getting rid of any standing water (including those rain gutters!), what can you do to keep them away?
It turns out that mosquitoes, along with many biting insects, are attracted to certain odors in human skin. They’re especially attracted to your body odor and other secretions, meaning that if you’re spending a lot of time running around and sweating, you can expect to have more mosquitos following you around. Alternately certain strong—or unpleasant to the bug—smells can both hide your scent and dissuade them from getting close enough to bite you. There are several plants with strong scents that we find pleasant, which you can use to help mask your own smell and keep nearby mosquitoes at a distance.
You can’t just plant and be done, however. The aroma needs to be in the air around you, at the very least, and ideally on your skin. To get the maximum effect, crush herb leaves in your hands to release their perfume, and then rub the leaves and their oils over your skin. Here are eight herbs that work great and can be kept in pots on a porch, near a door, or anywhere else you plan to congregate outside.
Lemon Balm
This member of the mint family has white flowers and a gentle lemony scent, as well as some healing properties. It’s particularly good at keeping biting insects away, but it’s also an invasive species, so be careful when growing it.
Catnip
This fragrant mint cousin contains a chemical called nepetalactone, which is both a feline attractant and a useful insect repellant.
Basil
A 2009 study showed that the essential oil from this delicious herb istoxic to mosquito larvae.
Lavender
This beautiful, potent, and lovely-smelling flower not only repels mosquitoes but keeps moths and flies away. The flower’s perfume is well-known, and while it will scent the air, it’s still most effective when actually rubbed on skin.
Peppermint
In its concentrated form, peppermint is sometimes used as an insect repellent, and its essential oil has been shown to keep away the adults and kill the larvae of several species.
Citrosum
This perennial is actually marketed as “mosquito plant,” primarily due to its strong citronella-like smell. Unfortunately, though it’s the most heavily marketed, there’s some research that suggests it’s also the least effective at keeping away mosquitos. Still, there’s some benefits to be had from rubbing it on your skin, and if there’s nothing else around, it will provide some protection.
Sage + Rosemary
If you’re planning to gather around a fire, try burning a little sage or rosemary. The incense these plants give off when they burn not only smells good but is unpleasant enough to the little critters that it’ll keep them away—as long as you’re near the smoke.
Posted by Everyday Living® at 4:30 AM