Designing a Future of Success: Mayhew Honoured As One of Canada’s 50 Best Managed Companies

TORONTO — Mayhew, a premier Ontario design firm focused on workplace strategy, is celebrating 30 years in the GTA and kicking off the milestone anniversary as one of Canada’s 50 Best Managed Companies with Marcia Mayhew at the helm. 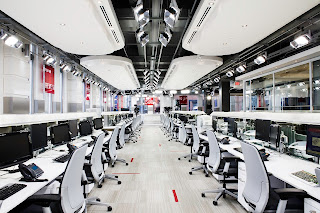 Mayhew worked with BNN to design an 11,000 sq ft newsroom/studio/office. The new space was approximately half the size of their original location – Mayhew was called upon to drive efficiencies and implement new workspace solutions. 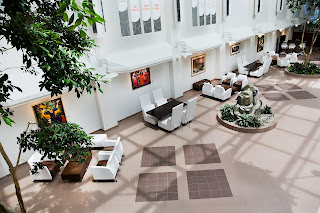 Mayhew was named a 2011 winner of Canada’s 50 Best Managed Companies by Deloitte.


“I am so proud to be named among Canada’s 50 Best Managed Companies. It is a testament to the strength and talent of our entire team,” says Ms. Mayhew, President of the family run workplace consultancy firm. “We have successfully navigated volatile economic conditions and proactively implemented our succession agenda. We drove down costs, accelerated operational efficiencies, invested in our business model and executed these same principles in our client projects,” she says.


About Mayhew
Mayhew has 150 employees and is headquartered in Toronto, Ontario with offices in Kitchener, Windsor and Stoney Creek. Synonymous with space and interior design ingenuity, Mayhew has designed award winning spaces for Business News Network and the CTV Olympic Digital Lounge among others. With a mission to create and maintain workplaces that work, Mayhew has designed over 22 million square feet of space, successfully moved 300,000 people, and supplied and installed over 100,000 workstations. For more information or detailed case studies visit www.mayhew.ca.
Posted by Everyday Living® at 8:13 AM