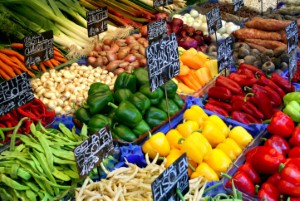 A new study sponsored by Unilever makes the case for increasing the amount of fruit and vegetables in your diet.


Researchers from the University of St. Andrews in Scotland say that their findings prove the secret to healthy-looking skin may be as simple as eating more produce.

According to HealthDay, researchers studied 35 people over a six-week period. They found that the people who consumed more fruits and vegetables over the course of the study had more red and yellow tones in their skin, resulting in what was judged to be a more attractive look. In addition, those who ingested a more unhealthy diet actually became paler as the study progressed.
Posted by Everyday Living® at 3:21 AM